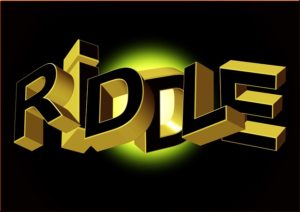 Common Inspiration
The three inventions listed have one major thing in common.
Can you figure out what it is?

Dyslexia & Ability
True or false?
People with the disability dyslexia
gravitate to the performing arts industry and tend to avoid business start-ups.

Travel Agents & the Nursing Profession
These vocations share the same important aptitude necessary for success in
the travel industry or nursing profession. What is it?

Superman’s Worth
True or False?
The teenage creators of Superman were paid, in today’s dollars, about $15,000
for their idea for the comic book superhero.

True or False?
According to research, since students spend 85 percent of their
waking hours outside of the classroom much of their learning
takes place in the real world.

Common Inspiration
All created to solve a problem. Levi Strauss invented jeans that would
allow prospectors to store heavy gold ore in their pockets without the fabric tearing
Chicken and waffles were the answer for meals demanded at an odd hour.
and environmental issues triggered the idea for the Point Reyes Blue Cheese product.
The dairy had to decrease their herd, which meant they needed an idea that would produce enough income to compensate for a smaller herd.

Dyslexia & Ability
False. in fact, people with dyslexia have a very high rate of entrepreneurship, according to Ben Foss, former CEO of Intel
http://www.pbs.org/wnet/tavissmiley/interviews/disability-advocate-ben-foss/

Superman’s Worth
False. When last I checked, according to the bureau of labor statistics, the creators of Superman, who received the whopping sum of $130, which translates in today’s prices to  $1,639. 38.

Gender May Determine Research Strategy for Aspiring entrepreneurs
True. Boys favor questioning business owners while girls tend to read more
for their instruction, according to the Kauffman Foundation
http://www.kauffman.org/