Funny Business: Burros Ate It All Up

After leaving the military in the 1940s, E. Joseph Cossman had a family to support but little money.
He first got the idea to buy and sell soap to war-torn European countries. No easy feat.

Cossman’s edge-of-the-seat account appeared in his classic book How I made a million dollars in mail order. And he went on to become a multi-millionaire by selling novelty products, such as the potato spud gun and an ant farm. And teaching others entrepreneurial skills.  His hardcover first edition book from the ’60s can be found on many library shelves, but not so much online.

The following story was cut out of updated editions.

Seems the Bureau of Land Management was allowing the sales of burros and an enterprising entrepreneur decided to buy and sell the animals to consumers across the US and ship them by railroad cars.

Destination address tags were placed individually on a cord around each animal’s neck and the large group of burros was delivered to the train station and loaded into railroad containers.

It was so simple.

Until a few nights later, a frantic call came from a train station agent: the burros had arrived across the country but where were they going?

While in transit and desiring a snack, all the burros ate each other’s tags off.
And there was no way to tell where to send them. 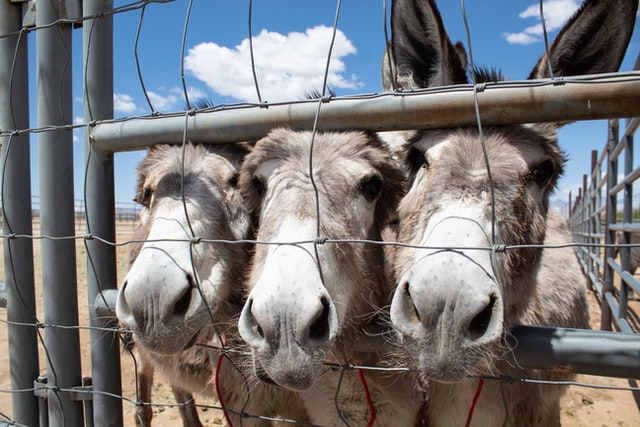