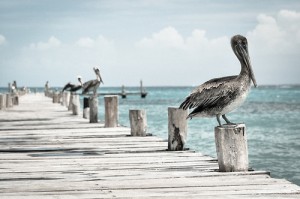 Louis “Satchmo” Armstrong is known internationally
as a renowned jazz musician, but perhaps only diehard fans
are aware that, despite his lack of formal schooling, he was a gifted writer, too.

He penned his autobiography solo, without the use of the usual ghost writer
or collaborator. Armstrong’s book is regarded as one of the finest written
in the genre, according to Wall Street Journal drama and music critic Terry Teachout.

And consider, Theodore S. Geisel, unanimously voted least likely to succeed
during his senior year at an Ivy League college.
He had a 2.6 GPA and ranked 165th out of 385 students, yet during the Depression era
he went on to become a famous Madison Avenue ad executive, a satirist, cartoonist,
and Hollywood scriptwriter.

In time, Geisel would walk away from his career,
taking a massive pay cut to focus on the field
where he felt he belonged; writing and illustrating children’s books.

Geisel had taken only a single art class,
having been told long ago by experts that his strange doodling lacked artistic sense.
But Dr. Seuss had finally found his calling.

Takeaway: Most people have, on average, six innate aptitudes,
many of which are unused or hidden, according to aptitude researchers.

Dee Adams is the author of
Finding Your Niche: Discover…
http://wp.me/P3Kr4S-U