When Picking a Title or Product Name Causes Controversy 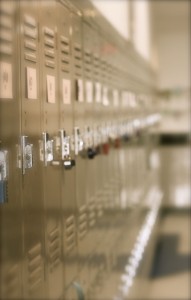 Not even praise from School Library Journal,
and several other respected literary publications could
spare award-winning Meg Medina, an author,
former educator and mother from having her YA book banned.

Little did Medina realize
that her novel would land her in the middle of controversy.
Her novel was about a tough New York school environment
and the challenge of a teen Latina girl who moves to a new city
and finds herself tormented by a bully. And she crafted an arresting title:

Meg Medina was one of four authors featured on a C-Span panel who had their books banned or censored for content.  But in Medina’s case, the title of her book seemed to be the root of censorship.

Medina could have substituted another descriptive word or phrase, such as gluteus maximums. posterior, rear end, behind, tush or A**, which arguably would have been absurd.The concise title chosen spoke to a specific audience and  conveyed content, emotion and violence underlying an all too common experience.

Takeaway … How politically correct is the field you are considering? And is your personality and temperament suited to handling pushback?
Medina might have first consulted a cross-section of her target market for feedback on her choice of a name. She may not have thought she needed to do so.

One could argue Medina did not have to. And if she had may not have changed her title but at least she would have been forewarned.

How would you handle a similar situation?

Note: Sometimes, it’s not the field but the target market. Check out the title of this Warner Business book featured in USA Today bestseller list  http://tinyurl.com/ndunfke