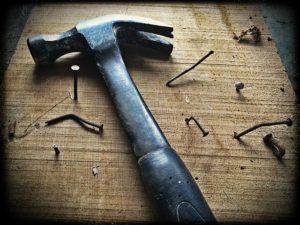 The spectacular success of the hip-hop superstar in the 1990s,
his loss of a massive fortune and his current activities in
the entrepreneurial world seems baffling, even
astonishing, to many people.

A successful entrepreneur and innovator in the high-tech
and social networking industry, M.C. Hammer’s activities in
the high-techch industry aren’t so astonishing when you factor
in the principal of Foresight.

When YouTube was just starting out, in the early 1990s, Burrell
did some investigating and decided that the web and new
technology would revolutionize the business landscape and
allow him greater control over his artistic talent, and
he quickly joined the Internet. Despite the ups and downs that followed, he persevered.

According to the Johnson O’Connor Research Foundation, they define foresight for their clients as follows:  “Foresight, an aptitude for seeing possibilities, can help one determine the best approach to goal setting….they [people who score high] tend to have a sense of vision that can help them see beyond obstacles to complete professional or educational objectives.”

We use starting a business as an example of a situation in which it would likely be extremely helpful to have scored high, to be able to persevere towards something desirable, to set the distant goal (in this case) of totally and successfully reinventing oneself after a major setback. However, from a research study standpoint, we don’t actually know that entrepreneurs literally all score high…”

O’Connor, J. (1948). The Unique Individual. Human Engineering Laboratory Inc. Boston.
Important Note: The Johnson O’Connor Foundation has continued to conduct and refine their extensive research on aptitudes since this material was first published.