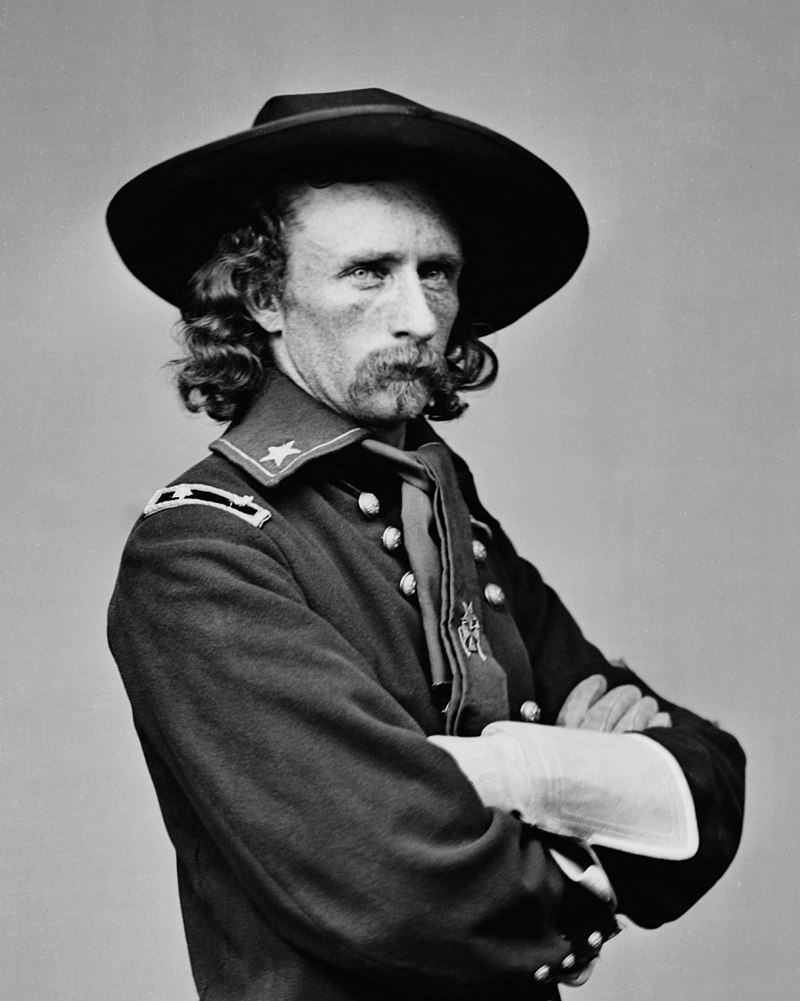 Historians remember General Custer for his daring exploits and the disastrous end at the Battle of Little Big Horn inMontanain the 1876. George Custer was known for his kinetic personality, he could not keep still.
And he graduated at the bottom of his class at West Point, says biographer Louise Barnett, Ph.D.

However, there was another side to the military officer. He had other interests and used an ability that surprised many who knew him and would later bedevil a modern-day biographer.

What would you guess was Custer’s suprising ability or skill?

Answer
George Custer could barely sit still because of its hyperkinetic personality, yet he sat still long enough to  write a detailed book about flowers.
Custer apparently liked to write… a lot.

Researching Custer’s life by reading through his letters was a lot of work, according to Barnett. For instance, one letter home to his wife was 100 pages long, and he questioned his wife as to whether or not she thought the 100-page letter was too long…

How to Write About Awful Food Service

Mikaila Ulmer: How To Be A Successful Teen Entrepreneur

How to Write About Awful Food Service

Q & A: Is A.I. Technology a Solution for Racial Profiling?